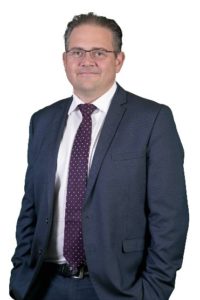 It is understandable that investors are confused at the moment. The world is being bombarded with uncertainty: from Donald Trump’s “missing in action” economic policies, a backfired election outcome in the United Kingdom (UK) and tensions arising from North Korea’s nuclear programme, to geopolitical developments around Europe and more frequent terrorist attacks in London. In spite of the developments, global equity markets are setting new record highs and market measures of uncertainty or volatility are approaching all-time lows. A world of uncertainty? Really? What is going on here?

In reality, since the Trump/Brexit shakeup, the world has become obsessed with geopolitical developments – some asset classes, like gold, reflect this – and the world’s media (from broadcast to social media) is feeding on the uncertainty. But with the obsession around geopolitics many don’t realise that global economic fundamentals have improved meaningfully over the same period. Global economic growth is building on renewed momentum and is becoming more synchronised, which makes the current recovery more sustainable and the third-longest run since 1870. As a result, the global economy is likely to perform better this year than last, which is a great underpin for company earnings and markets in general.

The growth outlook in the US remains clouded by policy uncertainty and the lack of progress on Republican promises to cut taxes and boost infrastructure spending. Despite the current policy challenges, underlying economic fundamentals remain healthy for now. Unemployment in the US will soon drop below 4%, paving the way for real wage increases, healthy consumer spending and possibly higher inflation. A healthy consumer base is likely to keep growth above 2% this year and any fiscal stimulus passed by Congress might push it closer to 3%. Given this background the Federal Reserve should continue tightening monetary policy by increasing interest rates further. However, downside risks are mounting. Absolute debts levels have rebounded to pre-2008 levels on the back of low interest rates. Defaults on student and car loans are increasing rapidly. These developments, coupled with further monetary tightening and possibly less-than-expected fiscal stimulus, increase the risk that the US dollar and economy might run out of steam sooner than expected.

Europe, meanwhile, is getting stronger. Politically, the region emerged unscathed by the populist revolt after recent election outcomes in many countries, especially France. A rebound in consumer and business confidence, combined with a solid recovery in labour markets across the region, suggest that the Eurozone economy should experience its best year since the global financial crisis. Activity indicators suggest that economic growth this year is likely to be north of 2.5%, possibly outpacing the US for the first time in many years. Despite these developments, inflation remains muted given underlying spare capacity and subdued wage growth across the region. As a result, the European Central Bank will not be in a position to tighten soon, except for removing negative short rates and tapering its asset purchase programme slightly over the next year. Nevertheless, developments in Europe are likely to be a very positive underpin to global economic growth this year.

Recent election results in the UK have, however, raised uncertainty about the economic outlook and Brexit outcome. A “softer” Brexit is now more likely, but the next two years will remain very uncertain creating headwinds for the British pound and the country’s economy.

China is slowing somewhat as government stimulus from last year fades. However, the central bank restarted its medium-term lending facility and recently made the largest one-day cash injection into the financial system. Consequently, the slowdown should be marginal, with growth settling around 6.5%. The economic transformation towards a consumer-based economy is making good progress and the latest numbers suggest that consumption is now contributing more than 60% to China’s economic growth. Despite this, slower growth in China will keep commodity prices, especially industrial commodities, at bay, but the slowdown should have limited impact on the synchronised global economic recovery. By contrast, other emerging markets are picking up. Brazil and Russia’s economies are recovering from deep recessions, and growth in Emerging Asia remains robust.

Official figures show that the South African economy contracted by 0.7% (quarter-on-quarter, seasonally adjusted) during the first quarter of 2017. This follows the 0.3% contraction during the last quarter of 2016 and pushes the country officially into a technical recession. But, technicalities aside, the country has already been in a recession for several years.

The reality is that South Africa’s growth has slipped sharply since 2011, compared to global peers. For the past few years, population growth has also outstripped economic growth which implies that, on a per person basis, the country actually got poorer, despite having positive economic growth. The deteriorating economic growth environment is also a reflection of weak consumer and business confidence. This current weak growth environment means less economic activity, less tax collection and further pressure on government revenue and finance. It is important to note that most of these numbers measured activity and confidence before the Cabinet reshuffle of end-March 2017. We need to do everything in our power to ensure fiscal discipline if the country is to avoid any further downgrades in the near future. These numbers also suggest that the consensus growth forecast for 2017 of around 1% is probably not achievable and economic growth of 0.5% is a more realistic estimate.

The weak growth numbers, and declining inflation, suggest that the South African Reserve Bank is likely to continue with moderate interest rate cuts going forward. The current environment also suggests that the recent strength in the currency is not sustainable and a sharp depreciation in the medium term is becoming more likely in order to reflect the country’s true, underlying economic fundamentals.

The synchronised economic recovery around the world, and faster economic growth this year compared to 2016, coupled with most central banks still being in stimulus mode, suggest that company earnings should remain robust for the remainder of this year. Furthermore, most global companies are in a sweet spot in which the top line is growing, but there is no major wage cost pressure evident yet. Current global equity valuations suggest that recent price increases are backed by similar profit increases with most markets currently trading around fair value. Therefore, global equities remain our preferred asset class in absolute or relative terms in order to create wealth over the next few years. We prefer global equities over local equities given current valuations on the JSE, combined with a difficult local economic environment capping profitability for many South African companies, especially those exposed only to the domestic market. Listed property, especially offshore, offers some attractive yields at the moment and some exposure in most of our portfolios is currently used as a yield enhancer and diversifier.

Our preferred asset classes to preserve wealth and reduce volatility include a combination of protected equity (locally and abroad) and cash. Exposure to these asset classes should address an increased volatile market environment. We remain underweight fixed income (locally and overseas) given historically low interest rates abroad and the remaining risk for a potential further credit downgrade locally.

Our portfolios remain well diversified with an optimal combination of asset classes that can still grow wealth, complemented by a combination of asset classes and strategies that can preserve wealth and reduce volatility during these times. We believe strongly that our well-diversified portfolios and focus on quality assets will weather this period of uncertainty well and that our approach to investing will continue to protect your capital over time.