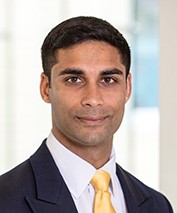 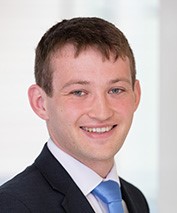 Initial coin offerings (ICOs) have become the latest fintech trend. But what are they? We explain how ICOs work, why investors are so excited and why regulators are so alarmed.

Following our introduction to smart contracts, this article looks at another rapidly growing area of fintech: the initial coin offering (ICO).

By some estimates, ICOs have raised in excess of $3 billion for businesses and now accounts for more start-up funding for blockchain businesses than traditional venture capitalism.

Investors’ interest has certainly been piqued but so has the interest and concerns of regulator’s worldwide for what some consider to be an under-regulated ‘Wild West’.

What is an ICO?

ICOs are widely seen as an innovative alternative to traditional IPOs as a means for start-up businesses to raise capital. ICO itself stands for initial coin offering, a reference to the digital coins or ‘tokens’ which underlie the whole process.

At its most basic level, the ICO allows investors to exchange fiat currency for digital tokens in the business, which give the investors certain rights over (or in some cases ownership of) the business and/or its assets.

The digital token itself uses blockchain technology to operate and can act as a form of smart contract in which investor’s rights or distributions may be automated. The value of the digital token can increase as a start-up issuer’s business grows and the tokens themselves may be traded with other investors for profit.

How does an ICO work?

Prior to the ICO, the firm will typically release a ‘whitepaper’ which provides investors with an explanation of their proposed project, the rights behind the virtual tokens they will be issuing and details of the ICO itself.

Some firms opt to have a pre-sale ICO (either publically or privately) in which digital tokens are sold (often at a discount) to test market appetite and raise funding for the ICO.

During the ICO itself, digital tokens are then sold in exchange for either crypto or fiat currency. If the firm fails to raise the minimum funding target in its whitepaper, the ICO is deemed to have failed and investor funds are returned.

The rights behind the digital tokens can vary considerably and many tokens are not intended to grant the investor an ownership stake in the business (unlike shares, for example). Instead, many ICOs offer ‘utility tokens’ to investors, which allow buyers to use (and pay for usage of) a service backed by blockchain.

Some commentators have argued that the value of many tokens is in fact minimal or nothing, but that the increased hype among investors for ICOs and a general ignorance of the instrument they are acquiring has led to many ICOs being grossly overvalued.

Once an investor has acquired their digital token, they are the beneficiaries of the token’s underlying rights. In practice, many investors will, at a later stage, look to trade their token on a digital exchange (such as on Overstock or TokenMarket) as a form of cryptocurrency once the project has increased in value.

What are the benefits of ICOs?

ICO’s have been hailed by some as the great disrupter of venture capitalism. It has also been widely portrayed as a ‘Wild West’ in which there are considerable riches to be won but also lost.

It can be of no surprise that ICOs are hugely popular with fintech start-ups, particularly given the background of venture capital funding in which large financial institutions can exercise considerable negotiating power over fledgling businesses. The benefits of ICOs for start-ups include:

Investment in ICOs is growing rapidly and increasing numbers of investors see the ICO as an opportunity to profit from the opportunities presented by fintech businesses. Despite in many cases the increased risk that ICOs present to investors and warnings from regulators, such as the UK’s FCA, against investment by inexperienced or retail investors, the ICO’s popularity appears unaffected. The reasons for the ICO’s popularity with investors include:

What examples are there of ICOs?

Many commentators trace the first ICO back to the sale of Mastercoins back in July 2013 which reputedly raised around $500,000 worth in bitcoins (about 5000 bitcoins at the time). Since then, hundreds of ICOs have followed. The most widely acclaimed ICO was probably Ethereum’s launch of the ‘ether’ coin in July 2014, in which over 7 million ether were sold (worth approximately $2.3 million in the first 12 hours alone). Other notable examples of ICOs include:

Recently, spoof tokens have also begun to appear, such as the ‘Useless Ethereum Token’, to parody ICOs which some perceive to be a fad which has created an ICO ‘bubble‘ and offers little value to the investor.

What are the risks behind ICOs?

Regulators worldwide have raised concerns of the potential for fraud since many ICOs take place overseas or outside of regulations. Most notably, in September this year, the People’s Bank of China declared ICOs illegal in China, previously a popular destination for launching ICOs, and called on ICOs to stop in order to prevent “disruption to social order”. The FCA has fallen short of banning ICOs in the UK, however, recently issued a warning to consumers to raise awareness of the risks behind investing. The key risks for investors identified by the FCA are:

Many critics of ICOs argue that the main risk is the ignorance of many investors of the investment they are making, combined with a reluctance from regulators to attempt to regulate a technology they do not fully understand. ICOs and investments in cryptocurrency are considered ‘very-high risk, speculative investments’ by the FCA and yet, many investors do not recognise this fact.

There is widespread confusion as to whether or which ICOs are regulated (see below). In the absence of regulatory clarity, many whitepapers and other marketing materials can be misleading or incomplete, resulting in greater confusion for the investor. Without greater regulation of ICOs there is a risk of a sudden market crash and loss of investor confidence which could cause lasting damage to the ICO as a method of raising capital

Are all ICOs ‘unregulated’ in the UK?

It seems to be a common misconception that ‘all ICOs are unregulated in the UK’. This is a huge generalisation and, unfortunately, an incorrect one (as tokens themselves are not prescribed instruments and can perform a wide variety of functions). From a UK perspective at least, the true picture is in fact far more complicated.

This in part can be explained by the fact that the UK’s regulated activities and financial promotions regimes were not originally drafted with ICO’s in mind. Digital tokens are not expressly referred to in the underlying legislation. However, many digital tokens perform the same or similar functions to financial instruments which do fall within these regimes.

The FCA has warned that “depending on how they are structured, some ICOs may involve regulated investments and firms involved in an ICO may be conducting regulated activities” noting that some ICOs show parallels with IPOs, private placement securities, crowdfunding or collective investment schemes which are regulated. Commentator Preston Byrne, in his excellent blog on the FCA’s warning, similarly gives the example of how some tokens can be seen as types of future or other options which require authorisation.

It is certainly true that the existing legislation is unclear and needs to be updated quickly to address this confusion. However, issuers and currency exchanges should heed the FCA’s warning and consider whether they will be carrying out any regulated activities requiring authorisation.