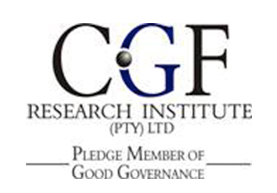 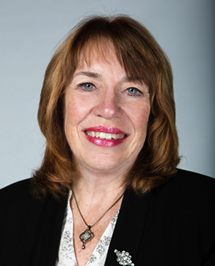 In the South African financial markets industry we are very familiar with the concept of corporate governance. Or so we think. Ask FSP professionals to actually define what is meant by corporate governance and it tends to boil down to being “ethical” or “doing the right thing”. They may also be quick to refer to King lll. But the difference between referring to it and having actually read it, is precisely where many directors, senior managers and prescribed officers find themselves. Having said that, though, corporate governance is difficult to define. There are so many companies managed by so many different people trying to achieve a specific set of objectives, all purporting to apply what they understand as “ethical” and “doing the right thing”. It therefore seldom means the same thing to all people.

The word ‘governance’ is derived from the Greek verb κυβερνάω (kubernáo), which means to steer and was used for the first time in a metaphorical sense by Plato.

The history of corporate governance is somewhat vague, but even from the earliest years, governance issues varied by ownership structures. Around the world, except for the United States and, to some degree, the United Kingdom, insider-controlled or closely-held firms were the norm. That meant that the difference between voting rights and controlling rights of a company were important as well as whether a company was family-owned or controlled by other big institutions or financial institutions. Control was often reinforced through complicated webs of shareholdings that allowed families or financial institutions to use ownership of one entity to control many more with little direct investment.

The nature of corporate governance challenges is still determined by the countries’ overall development and institutional environment and prevailing ownership structures. Over time, however, the word ‘governance’ was used to apply to any structure, be it for humanity, political, corporate or personal means. It is applied now to states, governments, corporations, organisations, non-governmental organisations, partnerships and other associations, project teams and any number of humans engaged in some purposeful activity.

The backbone of your organisation

Simply put, governance means steering a structure (organisation) morally by assuring, on behalf of those governed, a worthy pattern of good while avoiding an undesirable pattern of bad.

The definition of corporate governance most widely used is ‘the system by which companies are directed and controlled’ (Source: Cadbury Committee, 1992). Sir Adrian Cadbury in his 1999 ‘World Bank Report’ also indicated that ‘Corporate governance is concerned with holding the balance between economic and social goals and between individual and communal goals. The aim is to align the interests of individuals, corporations, and society.’

An inclusive approach requires that the purpose of the company and the values by which the company will carry out its operations are identified and communicated to all its stakeholders. In other words, the relationship between the stakeholders and the company should be mutually beneficial and is dependent on three factors:

The health or well-being of business entities depends on good corporate governance. There is a symbiotic relationship between societies and their economies, and this implies a mutual dependency on the global system. This is critical to the success of a stable economy and capitalism as well as the well-being of shareholders and employees. Research by the Institute of Business Ethics has proved that companies with a commitment to the practice of good governance and ethical conduct outperform those who do not.

In March 2009, King III was published for two reasons: to keep up with the global environment and in anticipation of the new Companies Act No. 71 of 2008. It is a pragmatic document and has three main philosophies, namely leadership, sustainability and corporate citizenship. The Practice Notes assist with the insight and practical application.

The following are the key issues to take note of:

The challenge for companies is to determine exactly when and how the code requirements should be applied based on the size and complexity of its business; whether it makes economic sense to implement certain recommendations; and the cost of implementation versus the benefit weighed against stakeholder and legislative expectations.

The Companies Act 2008 has been deliberately aligned to King III, and these two documents should be read in tandem. Both have been brought in line with international best practices. Economic objectives of the Act include simplification, transparency, predictability, corporate efficiency and harmonisation. A far-reaching change in the Act is the Memorandum of Incorporation (MoI), which sets out the rights, duties and responsibilities of shareholders, directors and other stakeholders in relation to the company. An important difference between the old Memorandum and Articles of Association is that a company now has the freedom to alter some seventy provisions of the Act in its MoI. These are referred to as ‘alterable provisions’, allowing the company to determine right up front its risk profile and strategic intent. For this reason, it is a mistake for board members not to take a deliberate interest in the drafting of the MoI, the reviewing of the MoI or in reading it in detail.

This flexibility means that companies are allowed to change certain requirements according to their own circumstances; in addition to the MoI, companies can now make particular governance rules themselves. The good news is that the MoI can be reviewed, although special conditions apply, if a MoI requires amendment.

There are also specific provisions that may not be altered (unalterable provisions) that apply notwithstanding the provisions of the MoI. In this way, certain protections are built into the Act.

What does it mean for your company?

Is it all about words, rules and regulations? To a certain extent, yes. The correct documentation in terms of corporate governance is essential as a protection in the event of allegations of non-compliance, negligence and fraud but it is more about the company’s deliverables than it is about the documentation.

To make corporate governance work, your company must have intellectual honesty, a social moral consciousness, the skills and acumen, a well-defined appetite and tolerance for risk, the combined experience of its people, knowledge management (codes, acts, company structure, strategic intent and oversight initiatives) and a team of directors that sees its role as the ultimate custodians of corporate governance within the company.

If necessary, seek help on how to set out a really workable and practical Corporate Governance Framework®. There are a number of companies willing to assist. CGF Research Institute (Pty) Limited, for example, has a vast web-based repository of information – the Corporate Governance Body of Knowledge® – to assist you in unlocking the value attached to good governance.

However, all the wise advice, governance structures and clever documents are merely tools to design a workable framework. It is more about the men and women in the organisation doing what they know in their hearts to be right and making decisions, albeit associated with risk, that they know will create a sustainable economic footprint for themselves, their company, their stakeholders and society.