Home Economy Fiscal Indiscipline – The Only Thing Going Up in the Prodigal State... 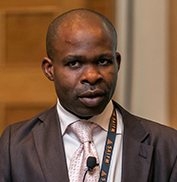 The award for drastic institutional changes (regardless of direction or desirability of impact) must, of necessity, be conferred upon the South African public sector, generally speaking. State-owned enterprises (SOEs), in particular, seem determined to eclipse all others by taking resolute strides and spirited leaps across the walls of comparative, contemporary fiscal benchmarks into the lonely league of legendary extravagance traditionally inhabited by despots and tyrants. Indeed, it seems the only thing going up in the SOEs is fiscal indiscipline, following the geometric 55% increase in irregular expenditure during the 2016 – 2017 financial year.

The Auditor General (AG)’s reports pegs irregular expenditure at R45.6 billion. The reasons thereof point to poor supply chain management practices. Officials are allegedly unfamiliar with procurement policies and processes. At times they are involved in unacceptable acts of active circumvention of controls altogether. Monitoring and Evaluation (M&E) of project deliverables is seriously lacking. There is an entrenched inability to manage finances. The very departments to which the SOEs report are not clear in their approaches to the exercise of corporate oversight. Add a big dose of inconsistent political leadership and you have the perfect recipe for socio-economic disaster.

A subdued increase in clean audits was noted in the report. There has been a slow but noticeable improvement in clean audits to 30% of both the national and provincial government institutions. This 30% improvement (over the last four years) is hailed as positive news. The acceptability of mediocrity in the public sector is further evidenced by the Department of Education (DOE’s) adoption of a passing threshold in similar regions. The failure of 7 out of 10 public institutions in producing clean audits is just as acceptable as the failure by the learner to master 70% of what they are supposed to know at school. Welcome to the rainbow nation.

Accountability is non-existent. A combined budget of R58.5billion was spent in programmes covering water and school infrastructure, expanded public works, food security and housing development. Despite this significant expenditure, targets were not met or reports thereof were not made available.

Like the biblical prodigal son who came back home after the proverbial spell of profligacy and was joyfully accepted, the SOEs continue to table similar reports year after year with no legal consequence upon them.

For the rational investor and ordinary law abiding citizen who lives by their faith in the fact that the government will do its part as mandated by the electorate, the story ends like a bad dream.

Foreign Direct Investment (FDI) is averse to such macro-economic environments. Fiscal and Monetary Policies have to speak with one voice, which the political figureheads must project to the international community.