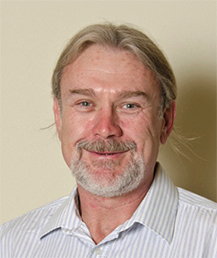 Procrastination is a devastating scourge in many human lives. Because of it, people wreck their health (I’ll start exercising tomorrow), their human capital (I’ll start studying on Monday), or their businesses (I’ll start that project next month). Also because of it, people live with constant depression and anxiety. Pointlessly counterfactual internal conversations (“If only I had …”) do nothing to resolve harshly self-critical feelings of being generally inadequate, pathetic and useless. Regret, like a Churchillian black dog, is a close personal companion.

This behavioural blight has long attracted the attention of researchers. Some of them, obviously personally afflicted, are admirably self-deprecating about it, publishing papers with titles such as “At last, my research article on procrastination”. Others have busied themselves, as academics do, with thinking up clever challenges to old ideas, and proposing supposedly better new ones. The general clarity of discourse on the matter is not helped by the fact that it crosses the boundaries between economics and psychology.

According to the economic view on this tangled debate, human decision-making involves a comparative analysis of the rewards that will arise from different courses of action. If the alternatives are immediate, rational choices generally result. However, people suddenly get really stupid when the benefits of one of the options are significantly delayed. This phenomenon, called hyperbolic discounting, is the reason that a student irrationally chooses to play a computer game instead of studying for an exam. The rewards of studying (eventually getting that degree), although large, are so far in the future that they are almost completely discounted in favour of the benefits of the game (immediate fun). Illogically, a tiny payoff now is preferred to a huge one later, and important long term goals lose out to silly short term pleasures.

This description seems fairly plausible. But the economic hypothesis doesn’t really explain why some people keep sabotaging themselves, and others don’t. Or why even a habitual postponer is, occasionally, able to get down to work, long before a frantic adrenaline-fuelled last minute rush to finish a project is necessary.

Researchers in psychology think they may have an answer. Applying evidence that people use distracting behaviours to deal with emotional distress, they argue that it is a person’s negative emotional condition that is the main trigger for responsibility avoidance. If they are right, repeated failures in searching for some mythological internal source of willpower will probably only increase your chances of ending up inside procrastination’s toxic feedback loop of delay and remorse. The real solution lies in taking control over your environment, and reducing both the need for, and availability of, distracting temptations.