In October 2017, over 50% of the exchanges that report data to the WFE saw their benchmark indices scale record high levels. Such a synchronised increase in benchmark indices across regions and in both developed and emerging markets, calls for a deeper examination of underlying market performance. We therefore examine the following indicators for key markets in each region: 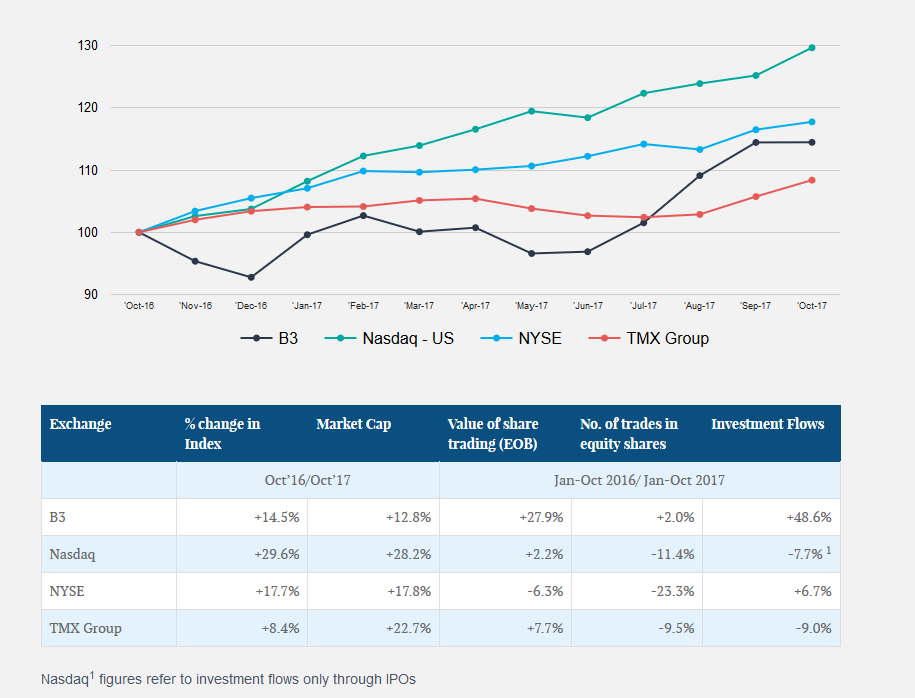 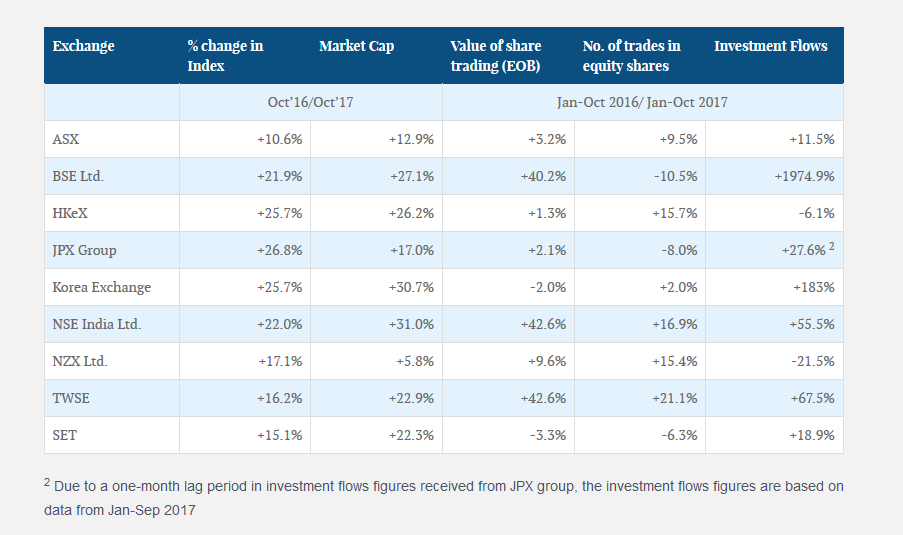 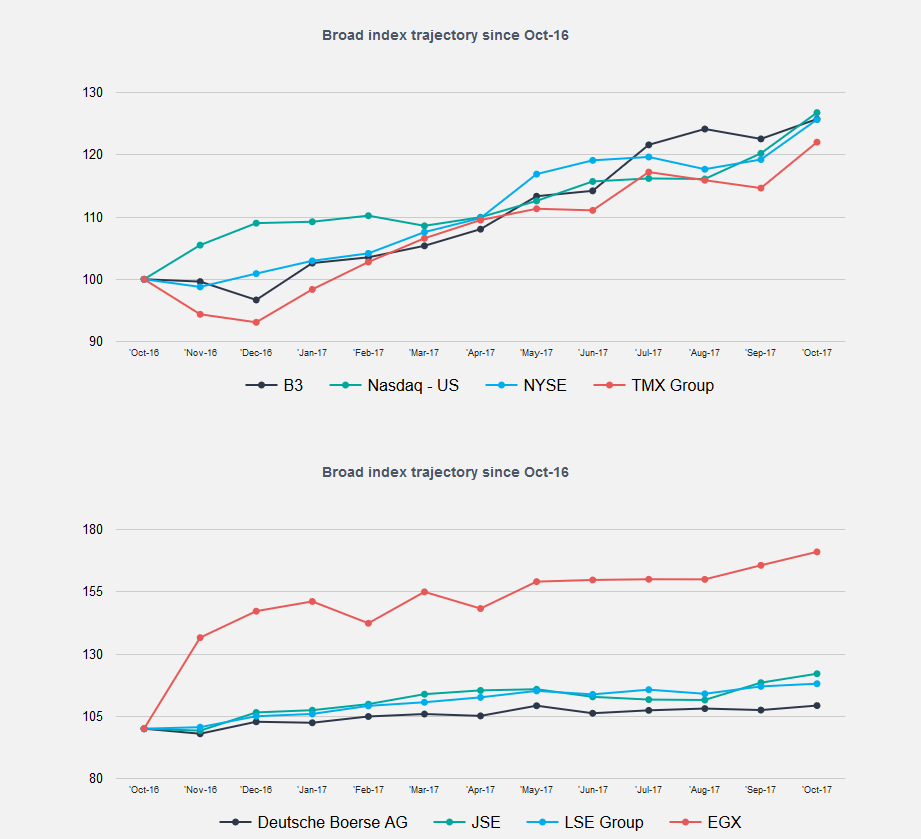 In the EMEA region, the LSE Group’s FTSE 100 and Germany’s benchmark DAX index reached record highs, while SIX Swiss exchange’s index exceeded the 9,300-point mark for the first time since the summer of 2015. In Africa and the Middle East, the JSE (Johannesburg Stock Exchange) and EGX’s (the Egyptian Exchange) benchmark indices also reached record highs.