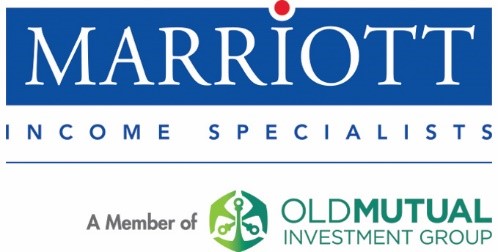 Investors are currently dealing with a tough economic and investment environment, but at Marriott we have identified three macro trends playing out that hold significant opportunities.

The GDP growth of many major emerging markets is increasingly being driven by household spending as they transition from investment-led to consumption-driven economies. Over the next 5 years it is anticipated that incremental consumption growth in China and India will equate to a market about the size of Japan.

Consumer-facing multinationals with meaningful footprints in the developing world will therefore benefit from what we believe to be a significant growth opportunity over the next decade.

People born in the baby boomer generation – those born post World War II until the early 1960s – are reaching retirement age. By 2030, there will be a one third increase in the number of people over the age of 60 in the developed world.

Baby boomers are also living longer – in some societies as much as three decades longer than they did a century ago. They have higher spending power and own more assets than any other generation.

In the US, boomers represent 44% of the population and in the next 5 years, they’re projected to hold 70% of US disposable income and buy 49% of total consumer-packaged goods. Healthcare spending by boomers is projected to rise by $1.4 trillion and they are currently responsible for 80% of all luxury travel spending.

Companies which target this generation’s consumption habits will have a ready-made market for their goods and services.

Advancing technology presents investors with a major opportunity. Business is expected to benefit from long-term gains in efficiency and productivity as well as connectivity – termed the 4th Industrial revolution and the Internet of Things.

It has been predicted that by 2020 there will be over 26 billion connected devices – more than three connected devices per person on the planet. Data production will increase by approximately 44 times by 2020 and only 10-15% of companies globally currently use data efficiently to optimise performance. The upside potential of this trend is significant.

Considering these trends, Marriott has identified certain stocks which we believe investors should buy and hold for the next decade. They fall into three general themes:

P&G, Unilever, Reckitt Benckiser and Nestle own brands like Pampers, Dove, Dettol & Nescafe just to name a few. Demand for these products is likely to increase substantially in the years ahead considering the rapid growth of the consuming class.

Johnson & Johnson, Pfizer, GlaxoSmithKline and Sanofi are amongst the biggest pharmaceutical companies in the world and own a large percentage of the globe’s essential medicines ranging from vaccines to cancer treatments. As such, these four companies are likely to be major beneficiaries of aging populations in the first world.

Companies like GE and Honeywell are leading the way when it comes to connecting equipment to the internet and analysing data to optimise performance. Not only are they top quality manufacturers, they are leading the digital trend and are at the cutting edge of the fourth industrial revolution. GE has recently hired 1,000 programmers and boasts excellent dividend prospects. Honeywell is among the world’s largest providers of automation and control products, with operations across the globe.

By tapping into the trends of a rapidly growing consumer class in the developing world, an aging first world population and technology-enabled efficiency and productivity gains, investors will be best positioned for future growth.