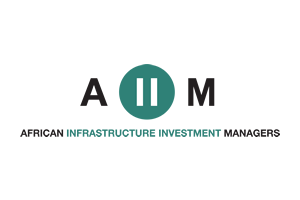 When all nine power facilities are fully operational, expected at the end of 2020, they will provide an additional 800 MW of renewable energy capacity into South Africa’s national power grid. The power facilities will deliver about 2 425 GWh annually, preventing around 2.4 million tonnes of carbon emissions from traditional fossil fuel power plants per annum. When operating at full capacity, they are expected to supply enough green electricity to power about 522 730 medium-sized South African homes.

This additional clean power capacity has been added under Round 4 of REIPPP, which is committed to securing 2,300MW of new renewable electricity for South Africa’s national grid over the next five years.

AIIM’s IDEAS Managed Fund, which is one of South Africa’s largest domestic infrastructure equity funds, has acquired a 50.01% equity stake in each of:

Through IDEAS’ position as the lead sponsor of the projects, AIIM facilitated social and economic benefits which include 100% SA ownership, 50% direct black ownership, greater than 65% black ownership including indirect black ownership, and 40% black participation in engineering, procurement and construction (EPC) contracts, and the transition to majority black-owned operations and maintenance contractors.

Since its foundation in 1999, AIIM’s IDEAS Managed Fund has completed 35 investments in infrastructure projects that are vital for economic growth, produce tangible social and environmental benefits, and are capable of delivering strong long-term returns to investors. As part of OMAI, AIIM is a responsible investor committed to sustainable development in Africa.

Commenting on the investments, Sean Friend, Investment Director at AIIM said: “We are delighted to have completed these renewable energy deals. The new plants will provide essential clean energy to the grid which, in addition to environmental benefits, will help boost economic growth by creating jobs in construction and follow-up operations and maintenance. We also expect the investment to stimulate further economic development in the areas where the new renewable facilities are located.

We are looking at almost R9 billion in total capital expenditure across these power projects, where IDEAS is the main Sponsor. Being able to successfully conclude deals of this scale reflects the strength and depth of AIIM’s team which has the expertise necessary to handle a sponsorship role of this magnitude.”