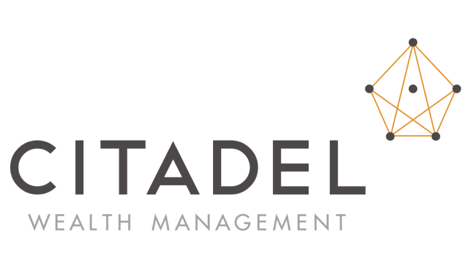 Nowadays life is fast. We get agitated when people don’t respond to our text messages within minutes. We can watch any movie, listen to any song, buy any book at any hour without having to wait for it – we simply click and download. Even fast food has become faster; if the dot on the box is the wrong colour because the delivery took too long and the food inside the box is cold, we get it for free. We want more, and we want it now. It’s therefore no surprise that long-term financial security doesn’t feature too highly in our minds. Of course, it should! But, to be fair, many of us are just trying to get through today and have little time to worry about tomorrow.

Somehow, though, long term financial thinking has to become an important part of our world if we are to secure the financial future of ourselves, our families, our communities and our country. Financial insecurity is a major cause of social disorder, and both locally and globally financial insecurity has reached epidemic proportions.

South Africans are not savers and the reasons for this are many, vast and multi-faceted, each aspect adding collectively to the toxic mix. To deal with this predicament as individuals and as a nation, we need to identify, understand and act against these drivers as discussed below:

During the 2oth century many companies acted like what author Gerald F. Davis in his book “The vanishing American Corporation” calls “small private welfare states”, offering their employees numerous benefits such as health care, pension, advancement and stable salaries. Pensions operated on a defined benefit basis, where the retirement benefit is defined and guaranteed by a formula. The employer essentially underwrote the guarantees and in times of poor or low [sustained] returns, companies would have to shore up the fund by injecting money. The companies thus carried the risk.

This became burdensome to employers and a liability on their balance sheets. During the latter part of the 20th century and into the new millennium, most companies have consequently changed their retirement funds from defined benefit funds to defined contribution funds. Company contributions rather than pension benefits are guaranteed, shifting the risk from the employer to the employee. Unfortunately, many defined contribution funds have woefully low contribution rates that won’t meet the expectations of their members at retirement.

The marshmallow test also proves that we are our own worst enemies. Most of us would rather have one marshmallow now than two marshmallows in 20 minutes’ time. This tendency has disastrous implications for our long term financial security.

Provident fund members for instance have access to their accumulated lump sums at retirement, and many would rather take the lump sum and spend it than invest it to generate an income over the remainder of their lives. And if that isn’t enough, all of us presently have access to our accumulated sums at resignation.

Invest R5,000 per month over 40 years while growing at 4% above inflation and you will have the equivalent of R5.8 million in today’s money. If you cash that investment in half way (eat the marshmallow so to speak) and start again, the final value drops to just R1.8 million.

On average, South Africans chop and change jobs between seven and 12 times over an average 40-year working career. Most of us cash in our accumulated retirement savings whenever we do one of these job changes and start again. The last change may leave you with only 10 to 15 years to go to retirement – your health permitting, of course. With only ten years of saving, the above investment drops to a lowly R734,000.

Our government’s pension fund reforms use the lessons of behavioural economics to nudge us against cashing in and spending our accumulated savings whenever we change jobs, and instead encourage us to preserve those savings. It also attempts to nudge us to take an annuity (regular income) rather than a lump sum at retirement. However, South Africans are financially illiterate, poor savers and many remain suspicious of the motives behind the suggested pension fund reforms.

Being conservative can be risky

South Africans’ replacement ratio of income in retirement is extremely low. For example, if you were earning R50 000 in your last month of employment, your accumulated retirement savings may only purchase you somewhere between R5 000 and R15 000 per month after retirement. This implies a 70% pay-cut.

While one reason for this low replacement ratio is that we save too little, another is that many of us invest too conservatively and therefore don’t get adequate returns. If we reduce the return in the previous example from 4% to 2% above inflation, then the end result of 40 years’ worth of investing reduces from R5.8 million to R3.7 million. That is lost potential growth of R2.1 million.

If you are in your 40s or early 50s, have teens and young adults as well as ailing parents who are also financially dependent on you, then you are trapped in the proverbial sandwich and you are part of the sandwich generation. Many children stay home to study into their mid-twenties, and then due to work scarcity many adult children still “fail to launch”. Plus you have the worry of parents who didn’t save enough and are now exacting their financial revenge on you!

Taken all together, these factors will conspire to prevent you from saving for your own financial security. In turn you will become a burden on your children if you can’t break this poverty cycle. It is a vicious pattern where history does, most certainly, repeat itself.

As a result of better living conditions, healthier habits and improvements in medical science, many of us are living longer. Centenarians, people who live to the age of 100 or older, are increasing in number. According to an October 2017 article on the website thecentenarian.co.uk, the total number of centenarians worldwide currently sits at around 450,000. It is said that the people who will live to 150 years have already been born. The impact of longevity on savings and retirement planning is staggering, and we are yet to fully understand or grasp the enormity of this demographic consideration.

Debt enables many South Africans to buy the status symbols of success before being successful. A debt-fuelled rocket can catapult lifestyles upwards, but when the rocket runs out of fuel the results are crippling for us mentally, emotionally, spiritually and physically, devastating our ability to accumulate wealth with negative compounding.

Debt caused the global financial crisis in 2008, it has a large role to play in the Steinhoff saga and it causes disastrous outcomes in personal finances. Good personal debt is normally capital in nature and offers a legitimate leg up, while bad personal debt is debt that is used to increase consumption.

Get out of your own way