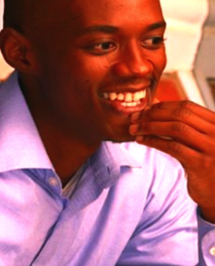 By the time the 21st edition of the Financial Markets Journal is published next year, the world (as we know it) will have changed. On the 1st of January 2015, European financial markets will have completely moved from the traditional generally accepted T+3 settlement cycle to a new shorter T+2 cycle.

This ‘epic transformation of the post trade landscape’ will be driven by the recently adopted Central Securities Depository Regulation (CSDR), and will fall squarely in line with the Target 2 Securities (T2S) project – an initiative championed by the European Central Bank in its attempt to harmonise all markets across the entire continent and create a single automated settlement platform in the largely fragmented European markets.

With Bulgaria, Germany and Slovenia already settling on a T+2 basis, the rest of the continent (with the exception of Spain) will be expected to start following suit as of the 6th of October this year. The new cycle will apply to virtually all asset classes traded on MiFID regulated exchanges. This will also include alternative trading venues such as multilateral and organised trading facilities, as seen on the table below.

Table 1: Asset classes, trading venues and market participants to be affected by T+2

[2]
, and has since been largely welcomed by an overwhelming number of market participants as it promises a number of benefits, including:

As can be expected, the move to a shorter cycle paired with a legal responsibility to minimise the number of ‘failed trades’ would pose an operational challenge for market participants operating on legacy platforms with T+3 configurations; but an even greater challenge for the less automated participants relying mostly on manual operations. As such, one of the key underlying facets of this transition will be an industry-wide drive to improve the levels of process automation in the post-trade landscape

In a recent study conducted by Celent Research Group more than 60% of the market participants interviewed indicated that ‘an upgrade to their back office technology infrastructure would be a necessary pre-condition to meet the shorter T+2 deadlines’. [3]

Firms with limited automation in their middle and back offices will have to invest in appropriate straight through processing (STP) enabled technology solutions; or outsource the affected business areas to the necessary STP enabled service providers. Firms with extensive automation will have to enhance their current IT infrastructure and re-engineer their current business processes in order to accommodate the new process flows; some of which should include the following:

While small and medium sized entities may get by on basic standardized STP solutions, corporations with larger transaction volumes may need to consider platforms with more sophisticated features. Some of these include:

A significant step in the ‘purely electronic markets’ direction

From an end-to-end process review perspective, the upgrade has been long overdue. Even with the world markets currently flooded with a vast number of post-trade process automation technologies; there is still a crystal clear imbalance between the levels of automation in front and back office activities and processes. This has been largely due to the fact that over the past few years market participants have tended to invested greatly in the automation of front office processes but – to a great extent – have left several pockets of their back-office activities predominantly manual, and as such, largely prone to human error, operational risk and relative inefficiencies.

To that end, many will expect that the T+2 cycle will promote the necessary operational improvements, and in the process, pave the way for the Target 2 Securities (T2S) holy grail.

Not only have the global markets not seen much innovation stemming from the African post-trade landscape; but the pace at which most African economies have aligned themselves with international trends has also been sluggish. According to Thomas Murray, African markets, collectively, probably have the longest settlement cycles in the world [5]. While some of the African markets have complied with the automated T+3 settlement cycle (e.g. Ghana, Nigeria, Botswana, Tunisia, etc.) there is still a significant portion of markets that are currently operating outside of these guidelines. In a number of instruments, South Africa, Swaziland, Tanzania, Namibia, Malawi, Uganda and Zimbabwe are currently operating on T+5 and T+7 cycles [6]. For most of these markets, the plan is still ‘to catch up to the T+3 cycle’ – even though the cycle was adopted by most of the global markets more than a decade ago.

Voices in the periphery

In this regard, the fact that most African markets have relatively low transaction volumes (and are also exempt from the additional burden of legacy systems) could not only enable the African continent to position itself alongside Asian markets as one of the leaders in the global drive to shorter settlement cycles, but could also enable African economies to dissuade the negative stereotypes generally associated with African markets. In essence, it could also play an imperative role in helping African economies re-invent and rebrand their markets in a positive light, and in the process improve their competitiveness in their quest for global capital.