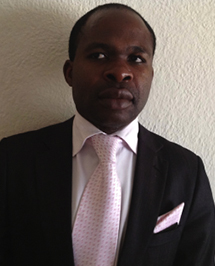 Reminiscent of the colonial “Scramble for Africa” vying for territorial control, a considerable number of corporate boardrooms in the developed world’s financial institutions are engrossed in devising strategic manoeuvers to gain, consolidate or enlarge footholds in Africa’s growing private banking market. As hundreds of thousands of the continent’s inhabitants vacate en masse the infamous echelons of low income and find themselves perched in the alluring comfort of middle class life and millionaire-hood, a strategic gap has opened up for provision of investment and other financial services to individuals who enjoy high levels of income and investible assets.

Abraham Maslow’s intuitive hierarchy of needs has been substantially vindicated by demands of the emerging markets’ middle class and millionaires. Having climbed up the rungs of the ladder of human needs from the physiological preoccupation with matters of the belly – primarily thirst and hunger, this rising segment of the nouveau riche now aspires for goods and services which proclaim their new-found station in life while exuding an aura of ostentation and snob appeal. Thus they go for private health services and, for their children’s university education, prefer to send them to overseas institutions. This elitist class of African affluence is well-educated, having salaried professional positions or running their own entrepreneurial ventures. They are brand-conscious, and their expenditure is directed at luxury goods and services with glowing prestige credentials, which explains why a number of luxury firms are setting up in Africa. Examples of such premier brands include Porsche, Hugo Boss, Cartier and others which continue to feed the continent’s new consumerism.

On the financial front, the well-heeled Africans desire private banking services for the preservation of their wealth for future generations. They are confronted with two choices: local investment opportunities with their relatively higher (but unstable) returns and offshore investments with their stability and lower returns. This calls for strategic asset allocation by the private bankers and wealth managers to create balanced portfolios of different asset classes encompassing property, equities, commodities, foreign exchange and others. The catchword is diversification, which is more readily understood in its streetwise not-putting-all-eggs-in-one-basket truism.

Prominent institutions – the likes of Barclays Bank, Standard Chartered, JP Morgan, Credit Suisse, HSBC and others have deployed more human resources in their wealth management teams in the emerging markets with particular focus on Africa as the engine and driver for growth. Banks are not the only players in this promising segment of high net worth individuals (HNWI). The private banking and wealth management industry has witnessed the ascendance of independent institutions like multifamily offices which are not affiliated to banks. These independent providers do not have the stigma which banks suffered during the 2008 global recession and are therefore the preferred choice of many HNWI. The third category of operators is the digital players who are leveraging technology to deliver wealth management services. Digitisation is especially popular among the Generation Y investors (those in their 20s and 30s) who employ technology to benchmark their own results and via peer-to-peer virtual communities and replication of the trades of successful portfolio managers.

In the financial services industry, private banking and wealth management are seen as a growth area surpassing any other product, especially in the emerging markets where the growth in HNWI far outstrips economic growth as measured by the gross domestic product (GDP). For Africa as an economic region, the continent is demographically privileged with a youthful and economically active population. Approximately 65% of the population is under 35 years of age and, by the year 2020, it is estimated that 75% of the population will have an average age of 20 years as reported by the African Union Commission (Youth Division). With a total population of 1 billion people releasing annually an excess of 10 million first-time jobseekers, coupled with abundant natural resources, Africa is a magnet for growth. At least a dozen countries (Burkina Faso, Cote d’ivoire, the Democratic Republic of Congo (DRC), Equatorial Guinea, Mozambique, Niger, Nigeria, Rwanda, Sierra Leone, Tanzania and Zambia) are growing at 6% per annum according to the International Monetary Fund (IMF) and several others are projected to exceed China’ s growth rate. Millionaires, too, continue to increase in Africa as set forth below:

Although South Africa does not feature in the millionaire growth story, it has the highest number of millionaires at 48,700 followed by Egypt with 22,800 and Nigeria’s 15,700 as of 2013. Ethiopia is showcased as the fastest growing country due to the technical reason of a low base as the starting point. Similarly, South Africa’s millionaire growth is less phenomenal because of the relatively larger base effect.

However, there are considerable challenges in the private banking and wealth management space. New global regulations on taxation and transparency mean that the cost of doing business has escalated, eating into margins which have already been squeezed by competition from new entrants in the form of independents and digital players. No wonder in some parts of the world the global banks and wealth managers have merged with local providers in an effort to consolidate their position, a trend which is likely to continue.

Although pockets of deep seated poverty remain in some parts of Africa, the continent’s success story can no longer be overlooked. No longer is the continent painted with superlatives of negativity as the worst place on earth. Rather, it is a rising star signalling a new dawn and improved hope for the majority of the population.