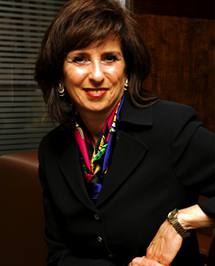 On 3 October 2014 the JSE launched the first currency futures which track the exchange rate between the Rand and another African currency.

“Nearly 30% of South African exports are destined for the rest of the continent and many companies listed on the JSE have expanded into other African markets over the past few years. The JSE believes this new range of currency pairs will help to strengthen these ties by providing South Africans with a means to mitigate their currency risk when trading with Zambia, Kenya and Nigeria,” says Donna Oosthuyse, Director: Capital Markets at the JSE.

The Johannesburg Stock Exchange is based in South Africa where it has operated as a market place for the trading of financial products for 125 years. It connects buyers and sellers in equity, derivative and debt markets. The JSE is one of the top 20 exchanges in the world in terms of market capitalisation and is a member of the World Federation of Exchanges (WFE). The JSE offers a fully electronic, efficient, secure market with world class regulation, trading and clearing systems, settlement assurance and risk management. www.jse.co.za

A Currency Futures (CFs) Contract is an obligation to buy or sell an underlying currency at a fixed exchange rate at a specified date in the future. For example, a futures contract can give an investor the right to buy dollars at R10 per dollar at the end of December. One party to the agreement is obligated to buy (longs) the currency at a specified exchange rate and the other agrees to sell (shorts) it at the expiry date.

What are currency futures?

Currency futures are contracts that allow participants to take a view on the movement of the exchange rate as well as hedge against currency risk. Currency futures will be used as a trading, speculating and hedging tool by all interested participants.