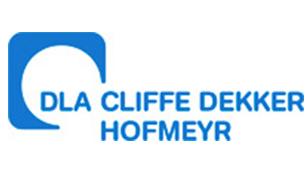 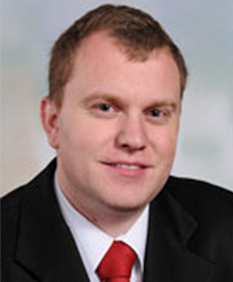 A recent ruling of the Takeover Regulation Panel (TRP) in the matter of Alert Steel Holdings Limited and Capitalworks Private Equity Fund (26 June 2014) (available at the TRP’s website under “Rulings”) has highlighted the need for acquirers of pyramid private companies to be wary of the applicability of the takeover laws (particularly those provisions relating to mandatory offers) contained in Parts B and C of Chapter 5 of the Companies Act, No 71 of 2008 (Companies Act). The ruling also emphasises the point that for the requirement of a mandatory offer to arise, there must be an actual acquisition of securities and a change of control as contemplated in s123 of the Companies Act.

The case concerned a so-called ‘pyramid’ structure of companies. A ‘pyramid’ is defined in the Takeover Regulations, reg 81, as “the ultimate controlling juristic person, or any intermediate juristic person that, directly or indirectly, holds at least the specified percentage of a controlled company and after applying consolidation accounting principles (irrespective of whether consolidation principles should be applied or not) either (i) derives more than 75% of its total attributable income from that controlled company, or (ii) the attributable net assets in that controlled company represent more than 75% of the total attributable net group assets of the pyramid”.

The ‘specified percentage’ referred to in the definition of ‘pyramid’ is 35%. Where there is a change of control (and ‘control’ is also a 35% threshold for this purpose) in the pyramid, there must be a mandatory offer made to the minority shareholders of the regulated company which is controlled by the pyramid (reg 85). Reg 85 provides as follows:

“(1) If a change in control takes place in a pyramid or intermediate pyramid, the offeror must make an offer or offers to –

(a) holders of securities of the pyramid or intermediate pyramid, if any is a regulated company; and

(b) holders of securities of the controlled company, excluding securities held by the pyramid or intermediate pyramid.

(2) The principles governing mandatory offers and comparable offers apply to offers required by this regulation.”

‘Regulated companies’ are public companies, state-owned companies or private companies where more than 10% of the voting securities were transferred amongst unrelated persons in the previous 24 months.

The potential snag with pyramid companies is that s123 of the Companies Act (which regulates mandatory offers) does not refer at all to the triggering of mandatory offers in the underlying companies of a pyramid structure. It is dealt with solely in the Takeover Regulations, and can thus be easily overlooked. What is also very important is that in Alert Steel the TRP ruled that it is not a requirement that the (top) pyramid company should also be a ‘regulated company’ for reg 85 to apply; what is of relevance is whether the controlled company below the pyramid is a regulated company. Thus the scenario could easily be overlooked where control is obtained over a private, unregulated company but because certain subsidiaries of the target company happen to be regulated (and also happen to have minority shareholders), the acquirer at pyramid level will be required, by virtue of reg 85, to offer to buy out all the remaining shareholders in the (regulated) subsidiary. That is something which may come as a total surprise to an acquirer who would not have thought of the Takeover Regulations at all, given that the actual target company is not regulated. Therefore, acquirers of private companies should at all times enquire whether any companies below in the group structure of the target are, firstly, regulated, and secondly whether the group structure meets the definition of a ‘pyramid’ as contained in reg 81. If so, they should at all times be mindful of the potential mandatory offer requirements which are triggered when they cross the ‘bright line’ of 35% in the pyramid.

The Alert Steel ruling also confirmed the principle, as was expounded some time ago in the Supreme Court of Appeal case of Sefalana Employee Benefits Organisation v Haslam and others; 2000 (2) SA 415 (SCA); that the mandatory offer provisions are concerned only with actual changes of control.