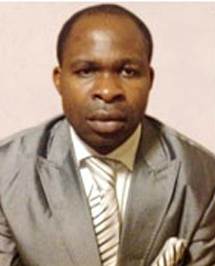 To the common man in the street, the word chaos evokes images of utter confusion culminating in total breakdown of law and order. Yet to those initiated into the science thereof, chaos describes unpredictable behaviour that is governed by rules. The conspicuous veneer of unpredictability merely masks beneath its surface the underlying systematic rules and definite order that govern behaviour. Thus there is an apparent juxtaposition of randomness of events as observed from outside and an underlying order (in accordance with strict mathematical laws) on the inside. This contradiction of the co-existence of order and disorder is summed up in the term deterministic chaos, where the determinism captures, on the one hand, the rules and definite order while the chaos points to the apparent randomness.

The seemingly erratic behaviour of prices in the financial markets is most frequently described by analogies to casinos and raw gambling where the outcome is purely determined by chance. Such street expressions like playing the stock market belie the claim that price behaviour can be subjected to systematic and scientific examination with the intent to discover patterns. Even the lofty halls of academia echo the same assertion that prices are unpredictable through theoretical evangelisation by the efficient market hypothesis (EMH) which has graced almost every business course in leading universities and similar institutions of higher learning. Notwithstanding the multitude of voices maintaining that price behaviour in the financial markets is random, there is an equally ardent following of financial market participants who believe that order exists in price behaviour.

Advocates of the EMH School claim that due to the intrinsic lack of structure in the markets, securities prices tend to follow a random walk. By implication, there is fundamentally no relationship between, say units A, B, C and D in a set of events or sequence of numbers. Resultantly, each event is unique and unpredictable and entirely unrelated to all the past, present and future events. This assertion, however, is markedly at variance with the claims of the science of chaology.

Chaology admits that the randomness is observed in the behaviour of securities prices. However, randomness in itself is not an explanation. Rather, it is an outcome. For the explanation of this visibly clear effect in the financial markets, we need to turn our attention to the science of chaos.

Now the science itself focusses on the study of complex dynamical systems. When complexity, as opposed to simplicity, meets with dynamism, as opposed to stagnancy, the offspring is worthy of note. For in these kinds of systems we see countless interacting elements forever in a state of flux. The financial markets are, true to form, very good examples of chaotic systems. They are complex and, furthermore, characterised by underlying instability which renders them susceptible to continuous and unpredictable change. They are not different from, say, the weather system, which is inherently chaotic.

To display evidence of chaos in the securities markets, charts are used. These charts derive from geometry, which is visual mathematics with special focus on relationships in space, exploring the properties and measurements of points, angles, planes and others. The charts provide a graphic depiction of investor psychology expressing the presence of chaos in the financial markets. Charts are financial fractals, where fractals are the graphic representations of the intricate geometry of chaotic systems.

For instance, the well-known Elliott Waves are simply mirror images of the underlying psychological patterns of human behaviour expressed in graphical form. As the proverbial bull climbs up the stairs of rising optimism in an upward trending market, each of the three impulse waves portray the expansion, exuberance and euphoria that go with positive outlook. Similarly, the two corrective waves capture the decline, depression and despair of negativity. The Elliott Waves themselves are fractals expressing chaos by way of graphs. Investors in the financial markets are driven by the emotions of hope, fear and greed. These triune emotions are visible in the charts as behaviour patterns which the charts themselves, as fractals, map out as manifestations of chaos in the financial markets. This brings us to the vital importance of the charts as tools for in-depth market analysis in so far as they expose the intrinsic structure.

It is a universally acknowledged fact among technical analysts that price movements on charts represent investors’ collective behaviour. Even the influence of the non-investing stakeholders is reflected in the charts – they are the sum total thinking of everyone involved with one market or a particular financial asset. Additionally, potential market movers: the likes of politicians, central bankers, analysts, strategists and brokers, to name but just a few, are included. Since everything that can be known about a given security is shrouded in the charts, technical analysts proceed to search for repeating patterns in the hope of predicting future price movements. The thinking behind technical analysis is that the human emotions of hope, greed and fear are depicted in the repeating patterns which map human psychology. Thus the various eccentric patterns and their equally outlandish names like head and shoulders, double tops, triple tops, double bottoms, wedges, flags and others hold the key to predicting price movement. The science of chaology concurs that human psychology is captured in the repeating patterns of price charts but that that is only a partial explanation.

According to chaology, charts are simply financial fractals revealing the face of chaos in the financial markets. Chaos is stochastic behaviour taking place in a deterministic system. Stochastic means random while deterministic implies order and regularity in adherence to strict mathematical laws. This paradoxical definition hints at the fact that random behaviour obeys rules.

Elsewhere in nature it has been observed that regular systems do display the propensity to flip from order into disorder and back again. It appears there is a bridge connecting regularity and disorder. Just as classical physics itself is not entirely precise but is riddled with fuzzy edges so is chaos not entirely random but obeys simple rules. Here we see a blurring between these two scientific disciplines which pulls them closer together in humanity’s quest for meaning here on earth.

In conclusion, when adherents of the random walk and efficient market hypotheses (EMH) have finally climbed the mountain of current ignorance and its complacent act of faith in randomness as an explanation of price behaviour, they will be surprised, as they reach the top, that the summit is already home to innumerable disciples of technical analysis who have been living there for centuries.